Watch it naked. Watch it live.

Every year the audience consumes content on more and more platforms. And when it comes to Award shows, everybody is watching them in their own way. Alone, with friends, lying on the sofa or even on the toilette.
In 2016, we introduced a dynamic and modular message as to how the audience can enjoy this year’s MTV EMA: Watch it as you like. Watch it live.

The “watch the EMA’s as you like” concept allowed us to tie all the different platforms into one global campaign idea, while still highlighting the linear show as the heart of the EMA universe.

We brought the audience at home closer to the show than ever before through fans-first mobile integrations. In addition to the linear broadcast, the show was live-streamed on the MTV Play international mobile streaming video app, available in 25 markets, as well as the MTV EMA site.

As every year, we were given the opportunity to create the MTV EMA’s promotional campaign, as well as the promotional gfx package. This translated into On-air promos, and Social media content, print, interactive experiences, and local activations. The ways to engage with the brand were endless. 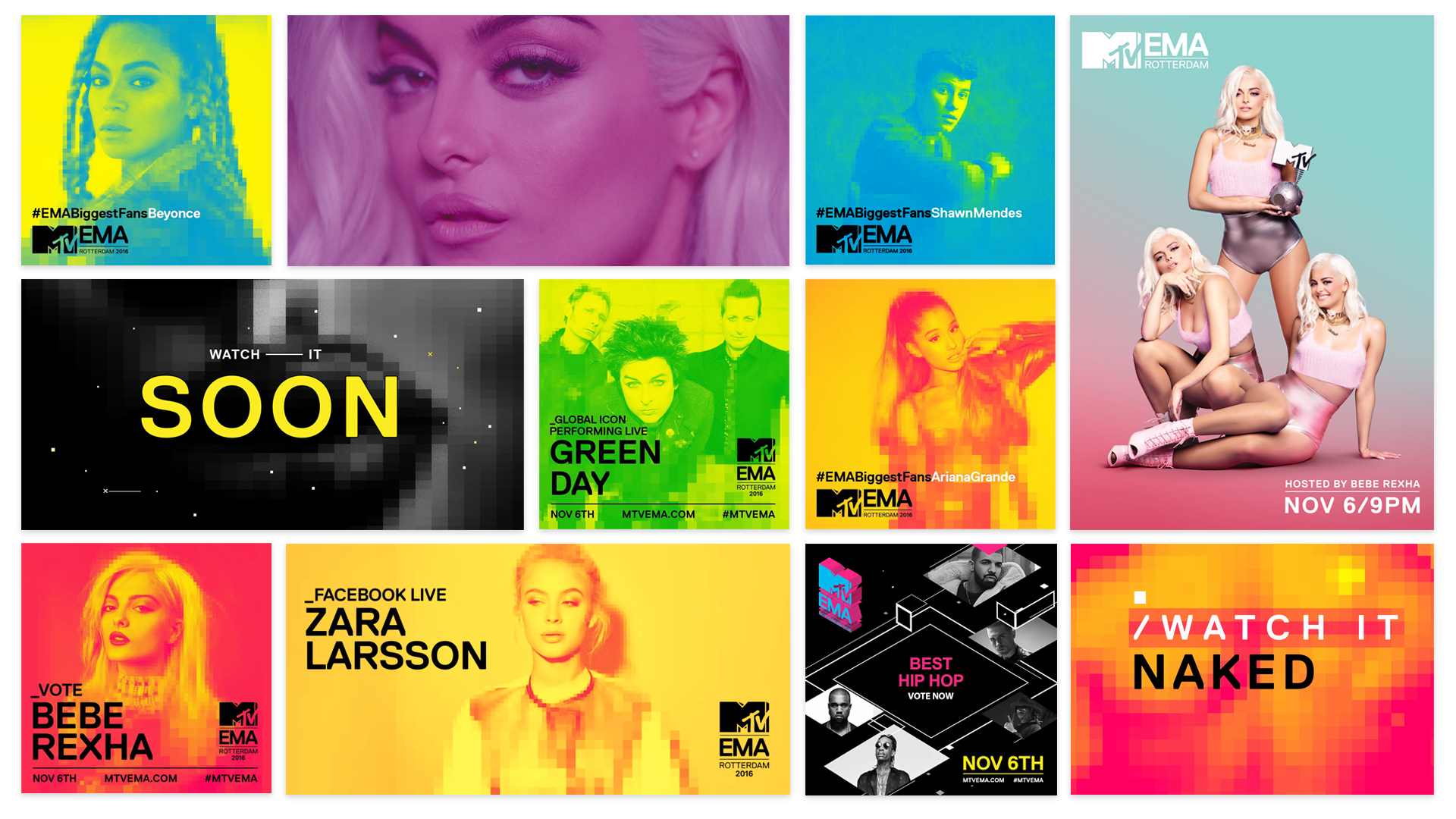 A series of 5” videos started to tease the show a few months in advance. Since the campaign’s approach was modular, every MTV local creative team could adapt the pieces with locally relevant content. 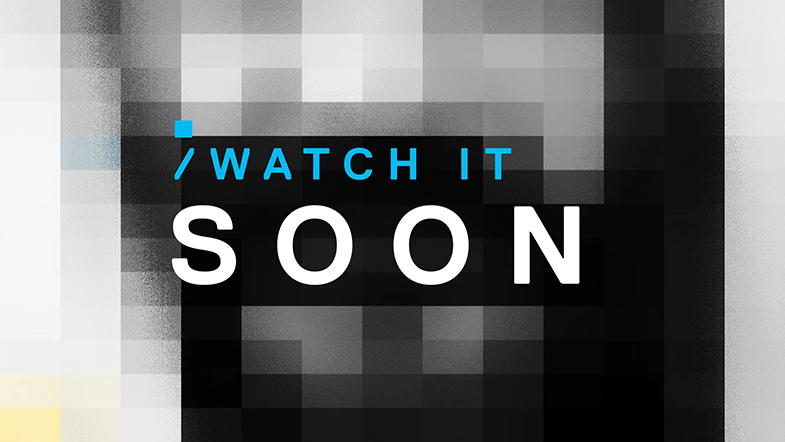 Then, we developed an image promo that worked as the manifesto for the entire campaign.  As you’ll see, “watching the EMA’s as you like” can lead to some unusual and intimate situations.

The main piece of the campaign, announced the famous singer Bebe Rexha, as the Host of the 2016 MTV EMA’s.

We produced an ecosystem of digital and on-air content to highlight all the artists, performers, and categories to vote.
All these assets were centrally produced and delivered from our team to the local markets around the world. 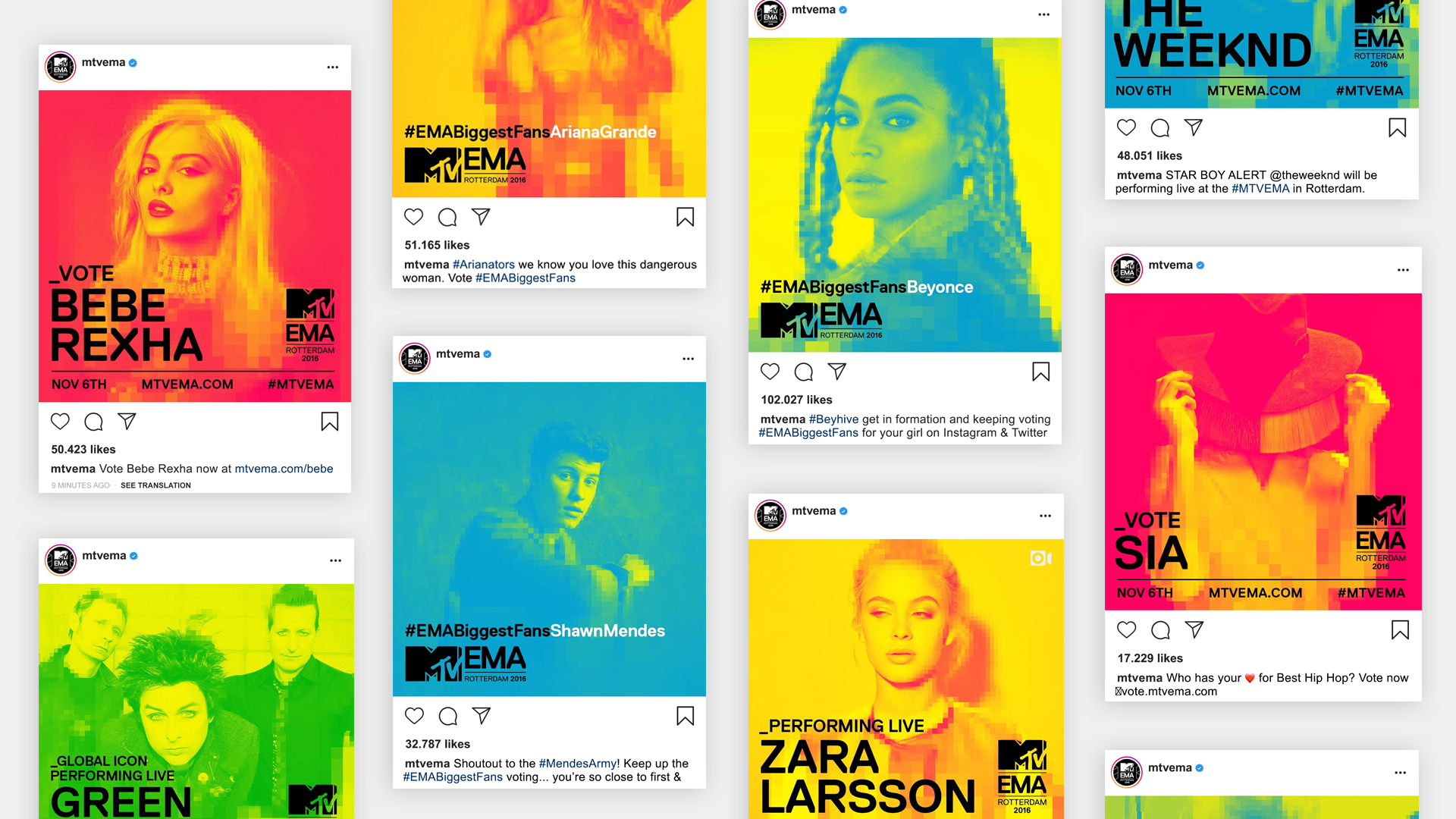 Additionally to the campaign, we developed a visual language and promotional toolkit, allowing the local teams to produce their own pieces of content.
An editable but complex system playing with images and an irreverent message, adapting the Show’s image but creating an independent system.

We developed a slide structure to cross along with the promo. This gave us a dynamic and editable tool to be able to change the language and the text for more than 55 countries.
Colors with high saturation and luminance were the key to our system. We wanted to generate a shock effect and maintain the rebel identity of MTV. 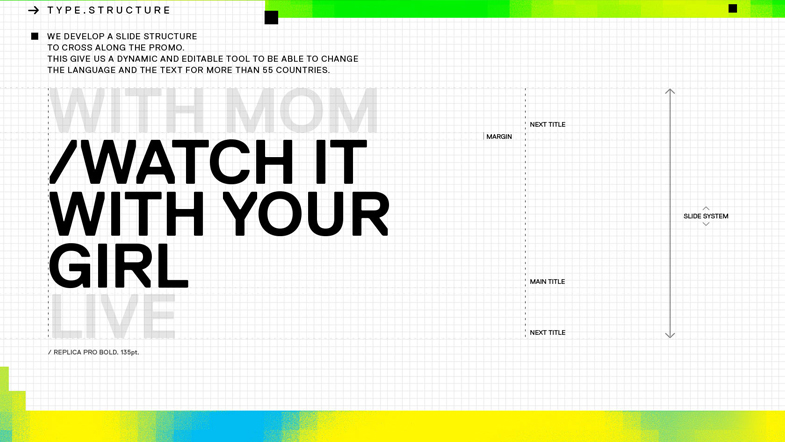 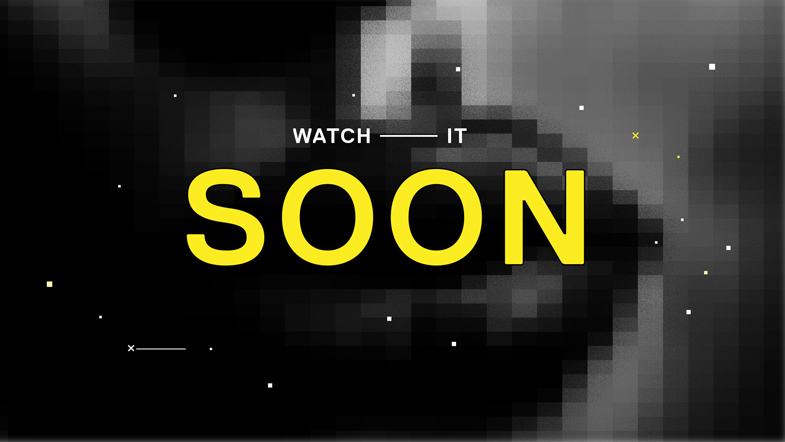 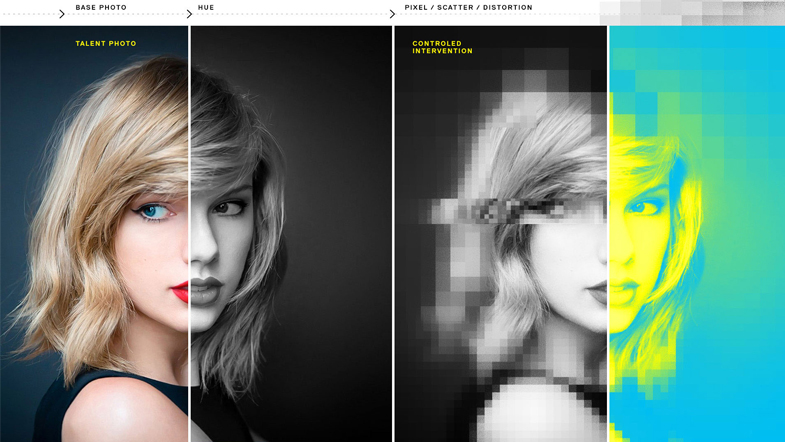 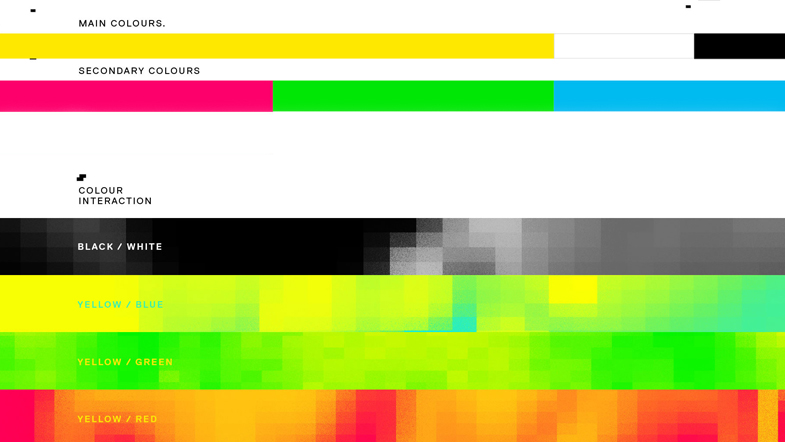 Fans from around the world viewed and interacted with The 2016 MTV EMA’s in more ways than ever before. On the EMA App, page views per visit were up by 40% YoY. Mobile phones were the most-used device to access the MTV EMA website, representing 68% of all traffic. Fans spent, on average, 7½ minutes in conversation with the EMA Bot, also accessing 7-8 GIFs through repeat searches. Our 2016 mobile campaign was engaging and innovative because we truly were everywhere our fans like to be. 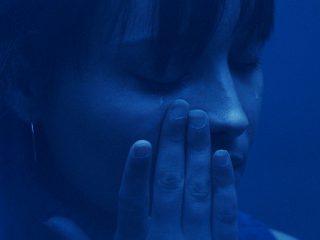 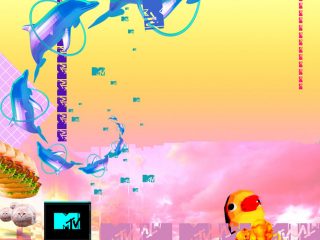 Next Project (n) I am my MTV